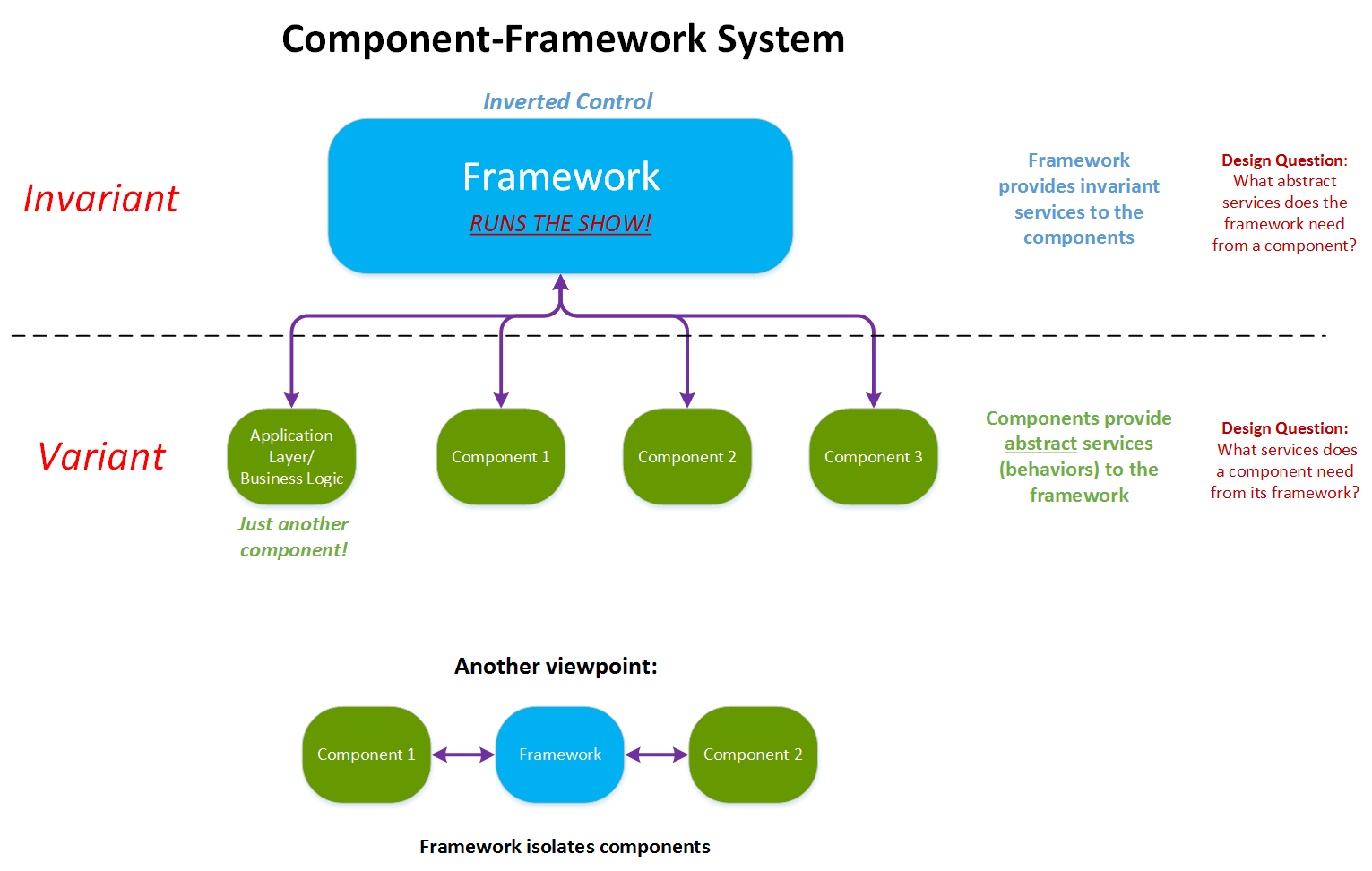 The component framework systems would be ubiquitous not only in the object oriented systems. It would have their numerous of the software engineering techniques and process. Few of the advantage are as follows

The framework greatly differs in size ranging from small data structures to the enterprise class with different distributed applications.

Now you would get some clear ideas that are based on the component framework and its features and when you go deep into it there you can predict out its lot of other benefits.